Damei Wheel Kicks off its Production!

On June 28, Shaanxi Damei Wheel Hub Co., Ltd. (Damei Wheel) held a completion ceremony, marking it entering the formal production stage. Damei Wheel is a key Jiangsu-Shaanxi cooperation project invested and constructed by SUMEC Group Corporation and SUMEC Machinery & Electric Co., Ltd. The project officially launched in October 2018. At the end of February this year, the main buildings of the plant were fully completed, and in early May, all equipment installation was completed and the smelting furnace was ignited for commissioning. After nearly 19 months of rapid construction, the project was successfully completed and put into production. 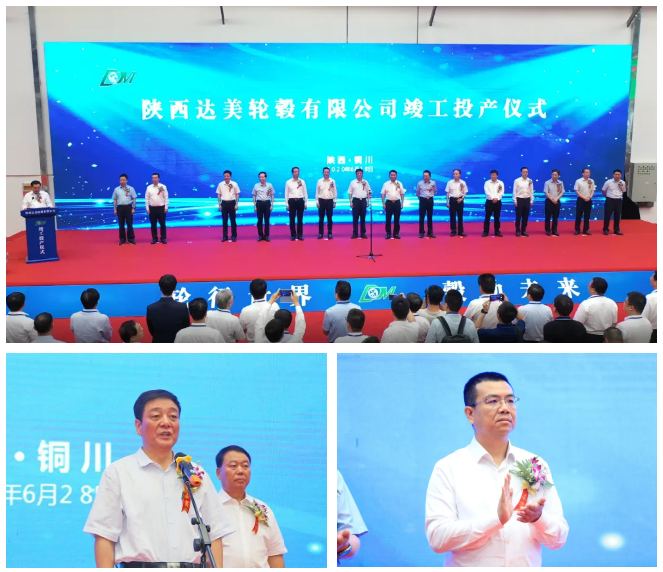